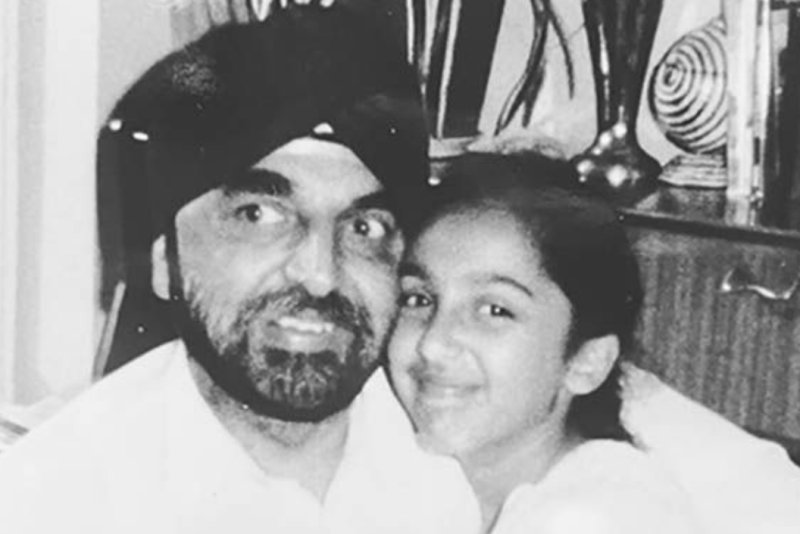 “I can’t say enough to praise the way they helped us and our father."

Hari Singh Sewak was cared for at home by Thames Hospice’s Palliative Care Response Team in the last few weeks of his life, following a long battle with Alzheimer’s Disease. His daughter, Binda, reflects on her father’s extraordinary life and shares her experiences of the support provided by the Hospice.

Binda Sewak is one of four children born to devoted parents, Hari Singh Sewak and his wife. The young couple emigrated from East Africa to the UK in 1967 for a better and more stable future for their children.

Binda says: “My parents arrived with very little but built themselves up from nothing. My father was a very proud man and sacrificing his identity, religion and culture was not an option when he arrived in the UK.”

Hari originally trained as a teacher in East Africa, but he and his wife first secured roles in local factories in Slough. Eventually Hari moved back into the teaching profession at Langley Wood School.

After many successful years teaching, Hari retired and became a Community Education Officer in the Department for Education in Slough, helping minority ethnic groups navigate the education system. He was also a founding member of the Khalsa Primary School in Slough. Binda explains: “Dad became very ill in the early 2000s with pancreatitis and he really thought that was it. He had a big vision that he wanted to leave behind a legacy, so, he worked with the Department of Education to found a Sikh faith school, the Khalsa Primary school. The school is now Ofsted rated ‘outstanding’.” 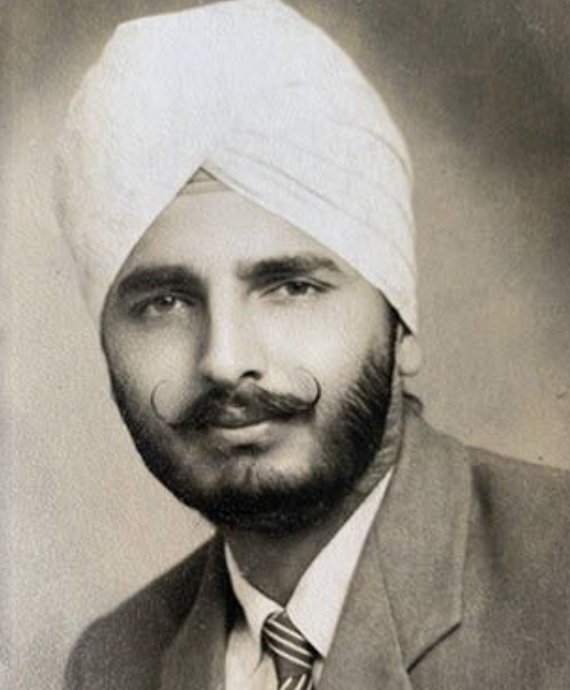 Hari’s funeral was held at the school and over 500 members of the community attended to pay their respects. Binda adds: “It was amazing to hear so many stories from the community about how our father had influenced different people’s lives in so many ways.

“Our surname Sewak stems from the Panjabi word ‘seva’, which means to serve. That is how my Dad saw himself, an agent of service to the community.”

Hari was referred by his GP to Thames Hospice when his condition rapidly deteriorated.

Binda says: “The Thames Hospice Palliative Care Response Team were amazing. Their care was very dignified. They spoke to my dad directly and respectfully which was really important to us.”

“What really stood out for me was the freedom we were given to call the Hospice Telephone Advice Line any time of day or night and they would send one of the team out to Dad’s house. The Hospice helped alleviate that little bit of stress.”

Hari passed away at home on the morning of 24 February 2020, aged 84 years old. Binda says: “With Alzheimer’s disease you say goodbye twice. We lost dad when he became a shadow of his former self, when he stopped speaking and couldn’t remember who we were. We then lost him again when he passed away.”

On the morning of his passing, Binda explains how she was unable to be by his side: “It hasn’t stuck with me that I wasn’t there at the end because I got to say my goodbye already. That preparatory work with the Hospice staff in that dignified way really helped me personally to be prepared for the end.

“Everyone we interacted with from the Hospice were simply amazing; extremely compassionate and empathetic, very humble and caring. They were so emotionally aware and emotionally in touch with us.

“I can’t say enough to praise the way they helped us and our father to have a very dignified passing.”

When the coronavirus pandemic hit the UK, Thames Hospice sent out a plea on the local radio station for digital devices to keep patients in touch with their loved ones, whilst lockdown measures were in place and visiting hours were restricted.

Binda works at Microsoft, and through her business contacts sourced some laptops to donate to the Hospice so that the patients on the Inpatient Unit could talk to their loved ones through online communication tools. She says: “You had been so pivotal in the support of my father, I wanted to give something back.

“At Microsoft we promote the culture of giving back to the community. This also aligns to my father’s and our family’s values.

“I wanted to help Thames Hospice in their hour of need, just as you had helped both my father and my family in ours.”