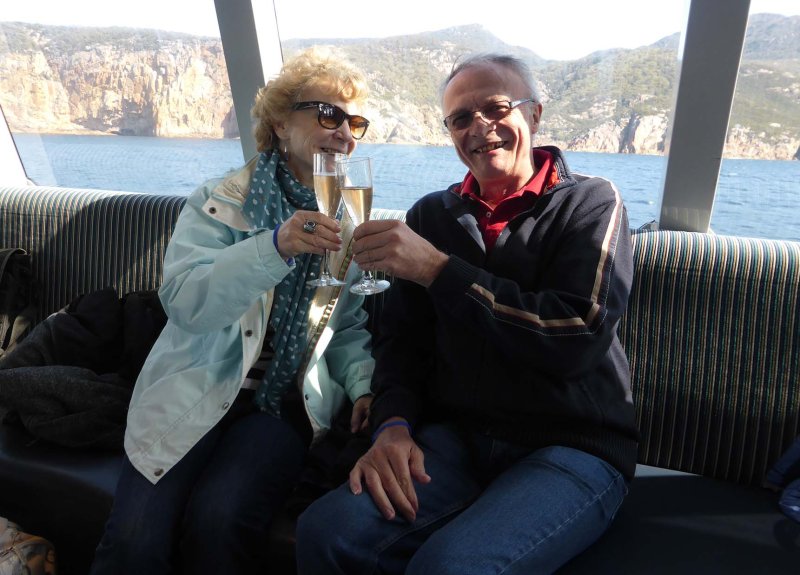 Genevieve and Nicholas Usher are passionate about supporting Thames Hospice after deep, personal experience of loss and seeing the care that close friends have received from the Hospice.

Genevieve says: “When I was fourteen my father died from lung cancer following a long period of suffering, after being nursed by my mother in our home. The whole family was in tatters, my mother distraught and although caring, my family could not offer the support we all needed. We retreated into silence and the pain has never gone away.”

Nicholas says: “Genevieve has talked to me about her father dying and how important he was to her. It was a time when death was not discussed, so her mother told the family not to tell her father that he was dying. Genevieve remembers him asking, “Am I dying?” And she said “No”. This haunts her.”

Genevieve adds: “Had our family had the support the Hospice gives families now, I believe the damage that we suffered would not have occurred. That is why I feel quite passionate about the Hospice. We've seen the support given to people we know, including a dear friend.”

Genevieve and Nicholas met when they were both working for the IT Company NCR.  After they married, Genevieve retrained as a land buyer, while Nicholas continued to work for NCR. They have used their considerable skills and energy to support Thames Hospice through the Cookham Fundraising Support Group. Along with other volunteers, they communicate their own passion at events throughout the year, raising thousands of pounds for the Hospice.

Nicholas says: “Genevieve and I worked hard to get what we have, and it means we can do what we want now. We can travel to all those faraway places while we are fit and well. That is the reward we worked hard for. The thing that rather upsets me, especially as we don’t have children, is that when we die, the government is going to take 40% of what we’ve earned. But, if we make a gift to charity of 10% of the value of the estate, then other beneficiaries will only pay 36% inheritance tax, so more of our money will go where we choose, not to the tax man.”

Genevieve says: “The key for me is the Hospice supports not just the person receiving treatment but the whole family. That all-encompassing support is one of my main motivations and why we have chosen to leave gifts in our Will to the Hospice.”

Leaving a gift to the Hospice in your Will is one of the easiest ways of ensuring that the Hospice will be here for future generations of families. For further information, please contact Frances Greaney in confidence on 01753 848949 or visit our Gifts in Wills page.