Emily Cleary’s stepfather, David Bartle, received Thames Hospice’s care at home during the last week of his life. Emily says that the medical care he received, and emotional support staff offered her mother, were invaluable. So grateful was Emily for the support Thames Hospice staff gave that she embarked on what seemed an impossible challenge to raise vital funds, so others in the same position could benefit too. 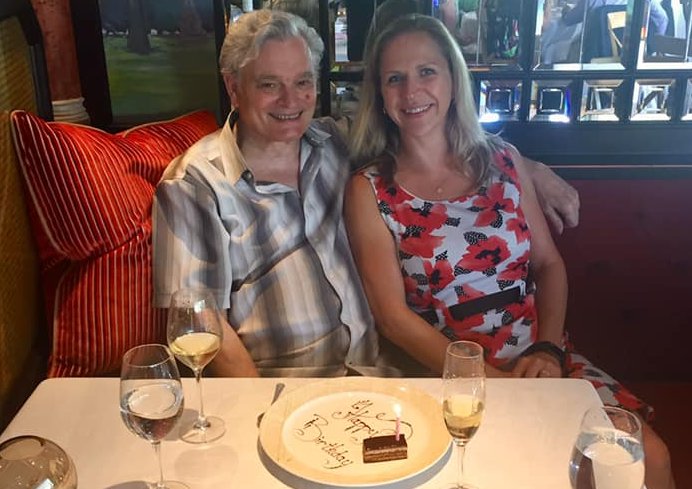 "David was everything you could ask for in a stepdad. He was funny, supportive, and endlessly enthusiastic about life – from cinema to shopping, electronics to education, David found joy and excitement in everything he did.

"Having met my mum when I was at uni, David never tried to be a father figure for me, but he became so much more than that. He made my mum laugh and gave her a happiness I had never seen prior to their meeting. He was the kindest, most intelligent, and most bitingly sarcastic and obtuse man I have ever met. He encouraged in me a love of theatre, introduced me to the world of Windsor quiz nights, and taught me that it is never too early in the day to drink champagne.

"So when David was diagnosed with prostate cancer, just two years after the death of my dad, I was devastated. He didn’t share the diagnosis even with his closest friends, he was intensely private and together he and my mum battled to do all they could to overcome the disease.

"Sadly, despite successful radiotherapy treatment, a year later the cancer spread and the diagnosis was aggressive, and terminal. Plans were constructed to ‘make the most of our time together’.

"The planned trip to France, theatre visits, days out with his grandchildren, they all fell by the wayside as we were confined to our houses. There were so many conversations I wanted to have, so many bottles of wine to be drunk, so many films to watch together. They were all snatched away from us." 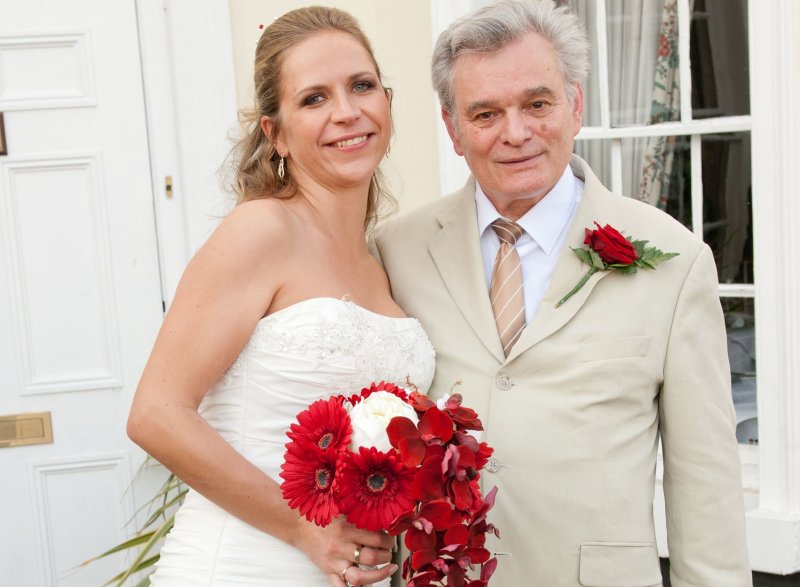 "Anyone who has held the hand of a loved one as they die will know the utter pain, despair and helplessness that overwhelms you. You start grieving before they have gone, the days pass in a blur as you cling on to time while desperate for the pain to be over for them.

"Having watched my dad die an uncomfortable and undignified death in hospital, I knew I could never let anyone I love endure anything remotely similar ever again. My mum and I spoke about what might happen and having been part of several Hospice fundraisers in the past – mainly as a result of David’s quizzing prowess - we knew what might be on offer.

"My mum contacted Thames Hospice and they spoke to her and David about options. As he deteriorated so quickly there was no time to get him into the beautiful new facility at Bray, but the care at home service enabled David to receive pain relief and calming medication during his final days, and provided invaluable emotional and practical support for my mum.

"The staff who visited day and night were kind, compassionate and so very supportive. My mum simply could not have endured those last days without them, and neither could David.

"They were treated humanely and with compassion. Hospice staff were there for them day and night during those final days. David died just an hour after their last visit."

"Having lost the lynchpin of our lives, my mum and I grieved through lockdown. Unable to mourn in a ‘normal’ way we walked and talked from a social distance throughout last winter. Afraid even to hug her I kept my distance, petrified I might unwittingly infect her with covid and lose her too.

"Grief takes many forms but grieving through lockdown has an extra layer of cruelty to it. I would seek solace in a bottle of wine, maybe two, and blot out the fact I couldn’t adequately comfort my mum, or deal with my bereavement. My health slipped and I dipped below the surface more than once.

"Then one morning I saw mention of a triathlon that would take place on the first anniversary of David’s death. Something – perhaps remnants of last night’s wine still floating round my body – sparked the idea in my head that I, the pizza-eating, wine-guzzling, mum-of-two who couldn’t run fast enough to keep up with her kids, had to do this.

"My children gave me a reason to get up every morning, but I was just going through the motions. By setting myself a seemingly impossible challenge I would have to work harder towards something than ever in my life. I needed to snap out of self-pity, and here was my chance.

"I needed a focus, a purpose, and something to aim for. I decided that in David’s memory I would enter the triathlon and raise money for the Hospice that made the most difficult time that bit more bearable." 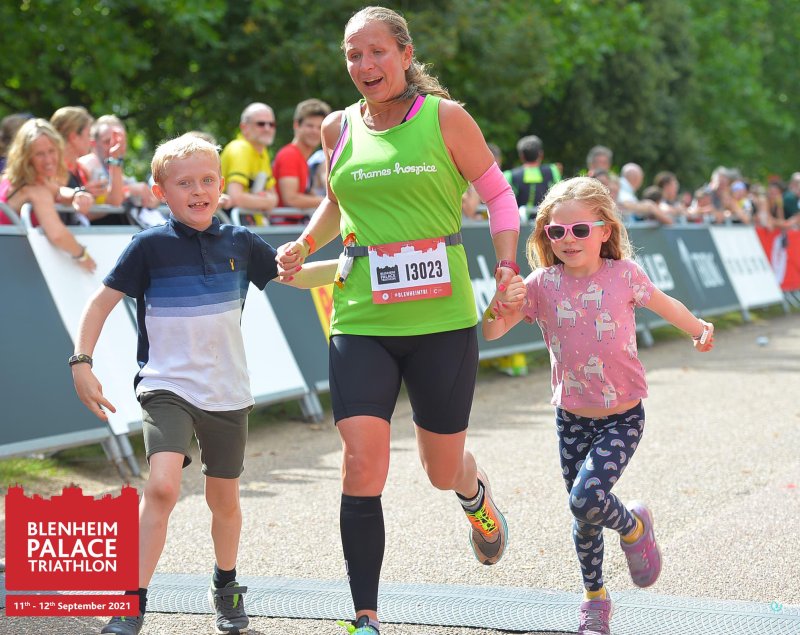 "Training began and I managed to build myself from running a mile before collapsing to running three, then five, then ten. I took swimming lessons to enable me to make it from one end of the lake to the other without hyperventilating, and I tackled face-on my fear of cycling. Over the coming months I suffered shin splints, a fracture in my right leg, and then broke my elbow when I fell off my bike, but the thought of doing David proud and raising money so that other people in our situation could benefit from Hospice support kept me going.

"On 11 September, flanked by my kids, I crossed the finish line of the Blenheim Palace Triathlon and promptly burst into floods of tears. The past year has been a journey like no other – I have faced the pits of despair, the most gruelling physical challenges of my life, and conquered fears I never had the confidence to even face. And it’s all because of David.

"I wish we hadn’t needed the Hospice, I wish he was still here. But he isn’t and we did. And now I have given something back.

"I honestly believe that if I can do it, anyone can.

"Nothing can take away the pain of losing a loved one but giving something back to the charity that helped our family at the hardest time has been cathartic as well as very emotional. I did it for the Hospice and I did it for David.